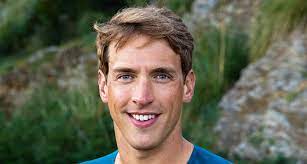 Travels the world in training camps and racing as PRO athlete.

He participated in his first triathlon 2012 but he didn’t fully commit into triathlon until 2016 when he started to racing as a professional under the wings of Frank Jakobsen as a coach.

2017 was the first year he got an podium on 70.3, he would follow that up with winning the famous SwimRun race Ötillö, becoming Swimrun World Championship in course record time.

In 2018 he tried his first Ironman in Brazil, winning the race in an incredible wire-to-wire performance.

Since then he have been racing around the world and been taking multiple podiums spots, and also becoming Ironman Barcelona Champion.

His Personal best on the ironman distance is 7h39min at 2021 ITU World Championship at Almere Netherlands.

Jesper worked full time as a swim club coach before his triathlon career. Beside his professional career he has been coaching athletes to Kona qualification, national medals and a world champion title at the Swimrun race ötillö.